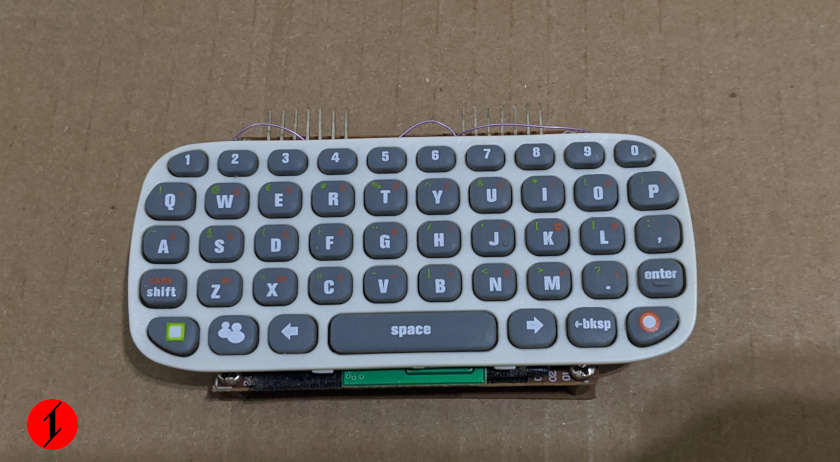 Do you need more keys in a keypad for your projects? You can use an Xbox chatpad. It is sort of a complete keyboard.

I actually got the idea from The Ben Heck show(It is now called element14 presents):

His chatpad has a PIC microcontroller on it that could be reprogrammed if you got a PICkit.

So I bought an Xbox chatpad and expecting it to have a PIC microcontroller on it too. But the one I got has a black blob on it, a COB process!

I noticed some test points(TPs) on the PCB of the keypad, I started to reverse engineer it and found that it is indeed for the keypad matrix itself. But rather than doing it from scratch, I searched if someone already did this.

What do you know? There is someone who had the same circumstance as me and has a solution: https://hackaday.io/page/2329-xbox-chatpad

He even made a sample program for scanning the keypad matrix.

Here is the pinout that will serve as a documentation for me:

I actually made this ages ago, I am just documenting it now.