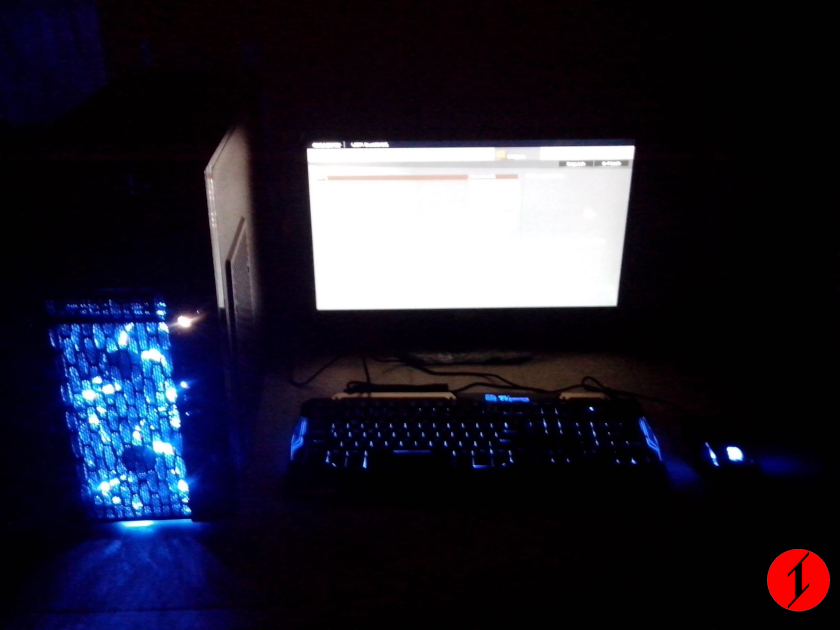 I just want to share my build for my daily driver(if I am not on the go) desktop PC. The build was started way back in 2016. It can still be upgraded. Actually, I added a dGPU this year. I utilized the iGPU of the CPU before getting this dGPU. I use this PC for my programming, gaming needs, etc.

At first, the only parts I got is a bare minimum to get the PC build to a usable state. I already have a TV that has an HDMI input.

This is the first time that I actually assembled a PC from the ground up. I am also the one who chose the parts. Researching about the parts is fun. I think it would be really more fun if money is not a problem(Or if there is a sponsor :D). The process of putting together a PC is fun! I enjoyed putting this together.

I remember how nervous I was when I first attempted to boot the PC because it did not boot. I figured out that the RAM was not properly inserted to the motherboard. The PC now boots after this fix.

Now that I know that the PC is functional. I can now install an OS to the SSD. I initially installed Ubuntu as my OS before I got a Windows 10 Pro license.

As I said earlier that the one of the uses of this PC is for my programming needs. Yes, a lab power supply and an oscilloscope is positioned near to my PC(Yes, I am an electronics hobbyist).

As time goes on, my SSD cannot keep up with my storage needs, size-wise not speed-wise. My SSD is only 250GB. So to improve on this situation, I got a 2TB SSHD. I actually decided between it and a 4TB HDD(I am actually running out of space again this 2019). SSHDs are faster than HDDs.

Here is another SSD that I got way back in 2017. This is actually for an old netbook. I only got the netbook for $30 from a friend. But I realized that the SATA the netbook uses is SATA II. It is a bottle neck. I use this SSD to this PC build instead as a boot drive. I setup a profile to my PC UEFI to recognize just this 120GB SSD if I decided to boot from it. The 250GB SSD and the 2TB SSHD are not detected if this was the case. Also likewise. The 120GB SSD is for my GNU/Linux needs while the 250GB SSD/2TB SSHD is for my Windows needs.

Did I tell you that my motherboard has a header for both a serial and a parallel port? Yes, I specifically put that spec in mind when I was looking for a motherboard. This would be handy for legacy stuff and/or for tinkering. Also price-wise is also part of the spec in mind!

Ah yes, the GPU. Who remembers the cryptocurrency craze? I originally intended to get a GTX1060 but the prices skyrocketed like there was no tomorrow. It was the mining frenzy! I got this RTX2060 just as it was released this 2019.

If you are looking for the list of parts. Here it is:

My initial keyboard/mouse was a Thermaltake one. It is a combo. I still use my Logitech F310 from time to time but it is not my main gamepad anymore. It is handy for two-player games though. I have a 2-in-1 gamepad too that I got from CD-R King which uses DirectInput.

For the sound, I use the built-in speakers of my TV. I also use a Xiaomi earphones.

I hopefully get to upgrade or buy more things for my desktop PC. Like a SSD with NVMe(Yes, my motherboard supports this too).